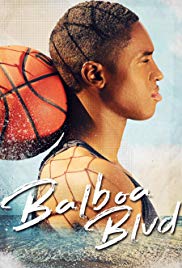 A young man troubled by his past finds comfort playing basketball alone, until a persistent homeless man claiming a love for basketball disrupts his summer. Teaming up they take on street games for cash and their unlikely friendship develops both on and off the court. He discovers answers to his past both touching and tragic, as basketball becomes more than a game.